Staff trains for worst of times 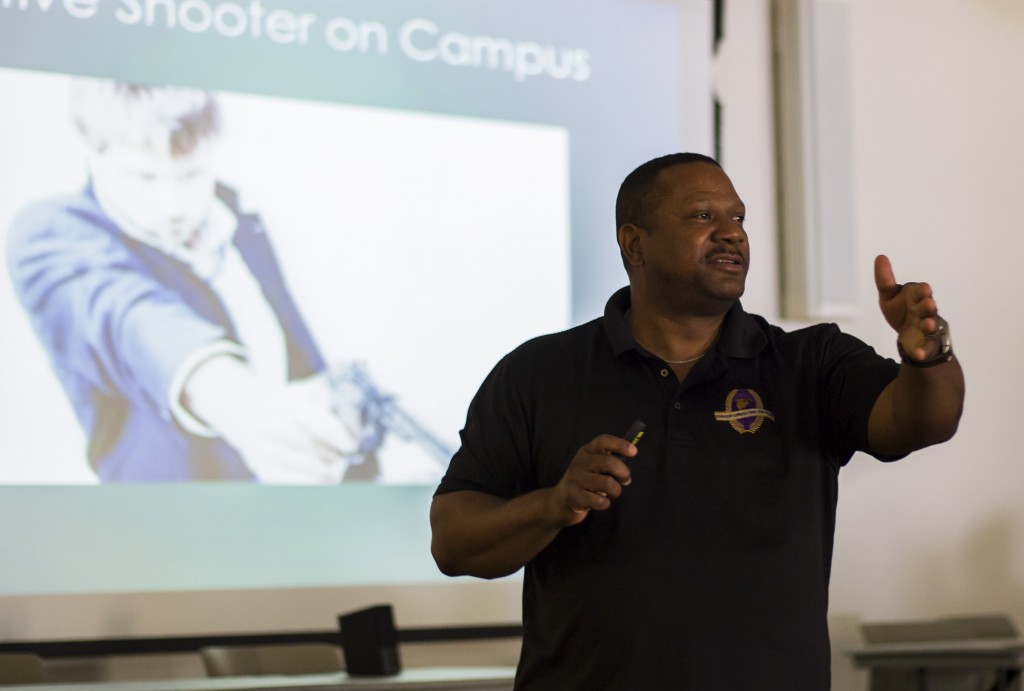 04 May Staff trains for worst of times

Posted at 21:06h in Police Training by Embassy Consulting 0 Comments

Originally Posted by The Round Up News Written by Seth Perlstein

Two retired police officers and a psychologist offered advice to Pierce College faculty and staff about how to respond to an active shooter situation on campus.

“When the gun goes off, the rules change,” McGuire said. “We want you to have a response, not a reaction.”

Reactions such as disbelief, denial and feelings of hopelessness have cost lives, McGuire said.

“The difference between four and 14 dead is trained verse untrained.” — Melvin McGuire

“If there are 10 people in the room, and only one person in the room knows what to do, that could save 10 lives,” McGuire said. “The difference between four and 14 dead is trained verse untrained.”

The trio also discussed mental illness, and how it does not play a factor in most violent crimes.

“The mentally ill are no more prone to violence than anybody else in the general population,” J. Levy said. “That’s a stigma that’s somehow been fixed to it, that we think that whenever there’s an active shooter the person is mentally ill.”

Mentally unhealthy people have committed three-to-four percent of violent crimes, and mental illness has not been the cause for the majority of on-campus violence, J. Levy said.

“The common denominator in many of these shootings is the suspect in some way shape or form feels like they have been wronged,” J. Levy said. “Either real or perceived, they felt like they’ve been dealt an injustice. Mental illness may or may not tie into it, typically not.”

Whether related to mental illness or not, active shooter incidents on campuses are on the rise, McGuire said.

“We have really taken great steps to bring our faculty and staff more awareness to the issue,” Pierce Associate Vice President Larry Kraus said. “If we hear the sound that we think might be a gunshot, we need to react pretty quickly.”

But Pierce hasn’t always been so prepared for such a scenario.

“If you would have asked me two or three years ago, no disrespect to anybody, I would have laughed.” — Beth Benne

“If you would have asked me two or three years ago, no disrespect to anybody, I would have laughed,” Health Center director Beth Benne said. “We never had an emergency drill. We did more when I was a high school nurse 20 years ago. So I think that Larry Kraus, Rolph Schleicher and the rest of our administration has made a concerted effort to prepare us.”

The workshop, which had seating for more than 50 people, saw eighteen attendees. The turnout “shocked” administrative analyst Victoria Romero.

“It is a wonderful event to have on campus, because we need to be aware of what’s going on,” Romero said. “Unfortunately, there’s not that many people participating in this event.”

“The students should come to our video,” Kraus said. “They should see the video and be a little more aware of the environment of an active shooter, and of situations that are not acceptable.”