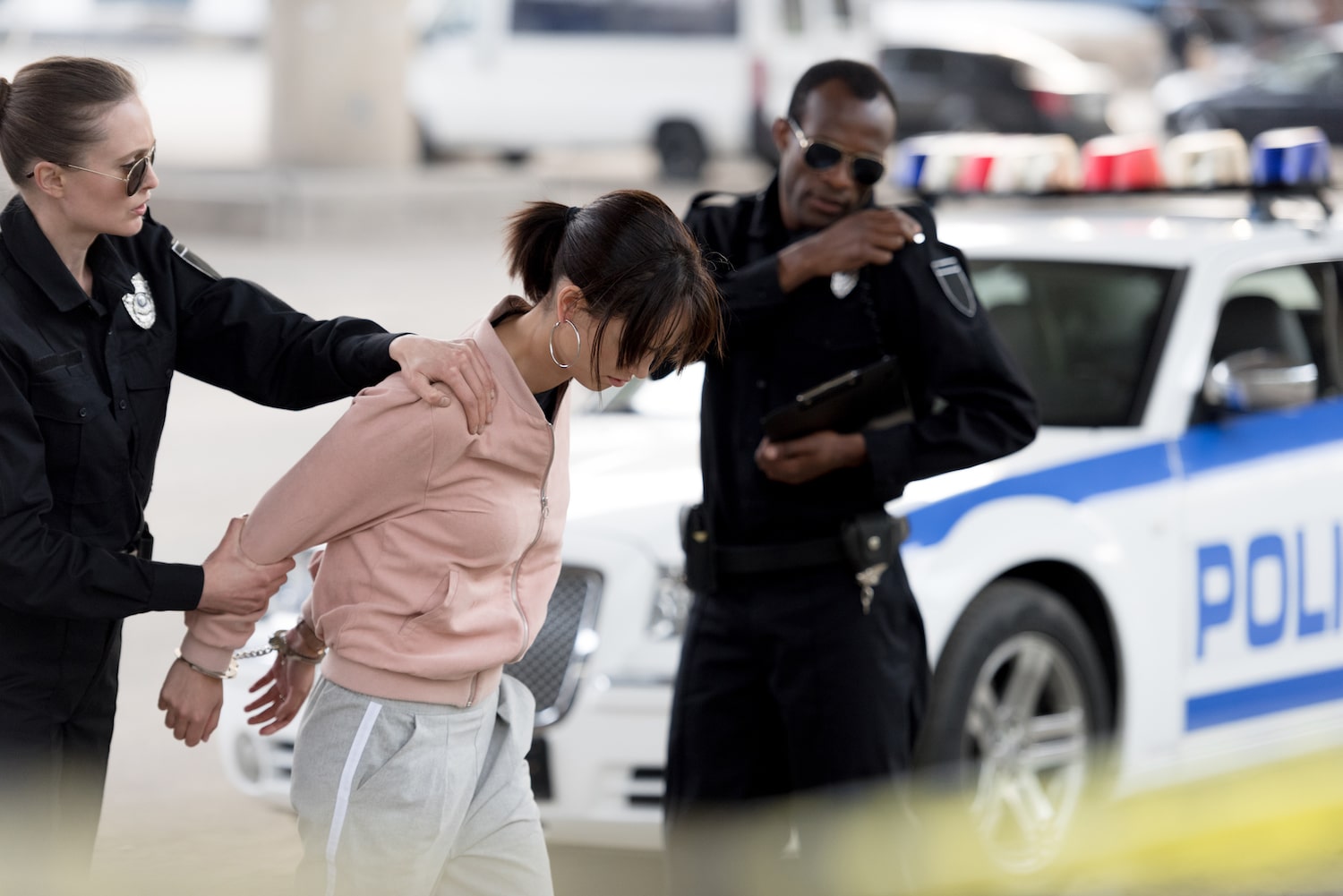 Posted at 12:01h in Law Enforcement by Embassy Consulting 0 Comments

Last week in Westminster, police arrived on Locust Street in response to a call about a woman who had allegedly assaulted another woman who was trying to rescue a dog that was running loose.

After police arrived, they called paramedics and handcuffed the suspect, 34-year-old Ciomara Garcia, whose brother told a local TV reporter that his sister is mentally ill.

A neighbor of Garcia, a young woman named Sandy Armenta, began filming the encounter on her cellphone.

Her video shows two officers grappling with a handcuffed Garcia on the grass of the parkway. As she falls to the grass, and as the officers kneel at her side, she appears to kick at one of the officers, perhaps in the groin. Whereupon he punches her fast, two times, right in the face.

At that point, the other officer, as well as a third officer, intervene. They push the attacking officer’s hand aside and eventually he stands up and backs away.

What, one wonders, would have happened if one of Derek Chauvin’s fellow officers had done the same, instead of standing by as Chauvin snuffed the life out of George Floyd?

The incident raises a crucial question: Why aren’t officers trained to intervene when they see a colleague overreacting?

The simple answer, according to police training experts, is that they are. The problem is, too often they don’t.

Joe Levy is a former Long Beach police commander who now contracts with police departments to do training in what he calls “soft skills” — that is, de-escalation, dealing with mental illness and building workplaces that are respectful and inclusive. He teaches police how to avoid racial profiling and other kinds of bias.

“It is my opinion,” he told me Monday, “that what happened in Minneapolis in the George Floyd incident was a direct result of [police department] culture, and what I mean by that is an organization’s culture will dictate whether or not it is OK for other officers to intervene.

“The question I often pose in our training courses is how much misconduct exists in the average law enforcement agency? The answer is: As much as it is willing to tolerate.”

Levy often collaborates in police trainings with Yolo County Chief Deputy Dist. Atty. Jonathan Raven. Both Levy and Raven have been training first responders for more than a decade, but as Raven told me, there’s no real metric for success, so it’s hard to know, except anecdotally, how much progress they are making on rooting out bias and raising ethical standards and increasing accountability in police departments.

The Westminster officers who pushed their colleague away, said Raven, did the right thing. The cop who punched Garcia, said Raven, “was causing them issues and they pushed him away. What you saw in that video, I am sure, happens a lot.” What happens, though, in a situation with no video, when an officer must decide whether to report his colleague to higher-ups?

“What if he’s a veteran and you’re a new guy?” asked Raven. “A few years ago, you would be scorned for doing that.” I’m sure in plenty of places, that is still the case. But Levy and Raven think police culture is starting to change.

Last week, the International Assn. of Chiefs of Police issued a statement titled “It Is Beyond Time” that called for, among other things, the adoption of a national consensus policy on use of force. The policy would emphasize that the job of police is to value and preserve human life. “This policy also makes clear that an officer has a duty to intervene to prevent or stop the use of excessive force by another officer and addresses the issue of chokeholds and vascular neck restraints,” the association said in a statement.

Last year, the California Legislature sidelined a bill that would have toughened penalties for officers who fail to intervene when a colleague uses excessive force. Gov. Gavin Newsom did sign a bill that would allow officers to use deadly force only when “necessary” instead of when “reasonable.” And officers are no longer permitted to fire at fleeing felons who do not pose an immediate danger. “Stephon Clark’s Law” was inspired by the March 2018 killing of Clark, a Sacramento man who was holding a cellphone that police mistook for a gun.

After I wrote on Sunday about how too many deaths of Black people follow pretextual traffic stops — for minor issues such as expired tags or missing taillights — I got an earful from readers offended that I failed to urge people not to resist police under any circumstances.

“I am guessing most of these people are not Black,” said Raven. “That’s someone who hasn’t walked in their shoes.”

He mentioned Caron Nazario, the Black and Latino U.S. Army Medical Corps lieutenant, who was assaulted by a Virginia police officer after getting pulled over for not having a permanent license plate on his car. The recently purchased vehicle had a temporary plate taped to the back window. When police lights came on behind him, Nazario, who was in uniform, drove a mile to a well-lit gas station to pull over, where the encounter was videotaped.

With his bare hands visible and his phone on the dashboard, Nazario asked what was going on, and says, “I am honestly afraid to get out of the car.” (Would those who have judged Nazario be so quick if they knew he was related to Eric Garner, the Black man who died in the custody of New York City police after being placed in a chokehold in 2014?)

“Yeah,” said the officer, “you should be.” Seconds later, a video shows the officer spraying Nazario’s face. This month, the officer was fired.

So honestly, what does “Don’t resist” even mean? That you must check your dignity at the door every time a cop initiates an encounter?

In Westminster, meanwhile, the punch-throwing officer has been put on paid administrative leave pending an internal affairs investigation.

Garcia, who is now a suspect and a victim, was not injured, according to police. She had an outstanding felony bench warrant for vandalism, and was booked into an Orange County jail. Police are asking the Orange County prosecutor’s office to charge her with assault and battery on the woman she is alleged to have attacked, along with charges of being under the influence of a controlled substance, resisting arrest and assault on a police officer.

Let’s hope they pursue a case against the officer who struck her just as energetically.