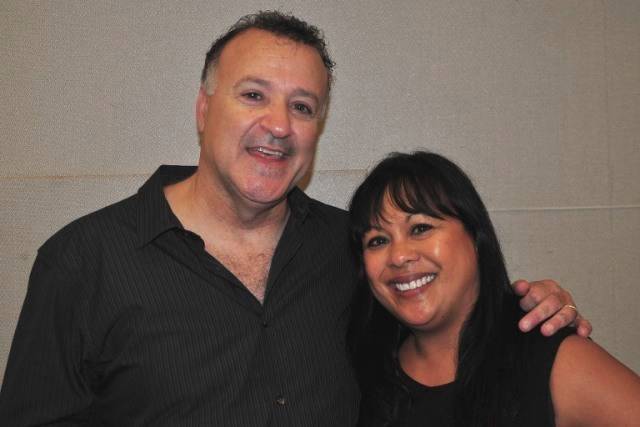 LONG BEACH – Retirement for most professionals is a low-key affair, with the biggest challenge often being the fight for a good tee time.

But Cmdr. Josef Levy isn’t like most retired professionals.

Within less than a week of his official Oct. 10 retirement date at the Long Beach Police Department, Levy signed up for reserve duty on the force and was sworn in last week, returning to the place where his law enforcement career began more than 27 years ago.

The first and biggest priority for Levy in retirement, however, is his family and spending more time with his wife and four sons and his parents, who are in their 80s and who still live in Long Beach.

“My 2007 cancer diagnosis put things in perspective,” Levy said. “It woke me up, made me realize that the things that were the most important, like family … weren’t getting the focus they deserved.”

It was his fight against thyroid cancer that pushed him to start the cancer foundation, a nonprofit group that provides law enforcement members who have cancer, or who have family members with cancer, with a free emotional support system, guidance and resources. Bowles and Levy came up with the idea after Bowles was diagnosed with stage 2 melanoma in 2004 and then had his cancer return again in 2008.

As he underwent treatment, Bowles said, he found there were cancer support groups for nearly every profession, but none for law enforcement.

The consulting group has grown from Levy’s work to help the LBPD usher in a new approach with cultural sensitivity and hate crimes, work that came naturally to him as he drew on his own family’s journey from Israel to the United States when he was a baby.

Though his first sergeant wasn’t sure he was cut out for police work, telling him he was “too nice” for the job, Levy proved to be a natural at that too.

That sergeant and hundreds of other officers, family and friends turned out to wish Levy well at his retirement party, which sold out the cavernous banquet hall at the Alpert Jewish Community Center. Among the crowd were local dignitaries, including City Councilman Dee Andrews and Assemblywoman Bonnie Lowenthal, who celebrated Levy’s years in the police department and his impact on the city.

His former partner, and also now retired Lt. Ty Hatfield, recalled the genesis of Levy’s “Crazy Larry” character, which saw Levy dress up in a wig and hat and adopt an accent and a limp to go out and buy and sell drugs undercover.

Of course Hatfield couldn’t give Levy too much grief, as he was the one who bought what turned out to be stolen Lakers tickets for himself, Levy and two other officers in the 1990s. It was a move that made headlines in the Press-Telegram, and the article was among many laid out at the retirement party memorializing Levy’s storied career.

Levy and Hatfield made countless arrests in Narcotics, they both recalled, and that was when Levy began to realize arrests aren’t always the best solution for crime.

“I started to realize the vicious cycle that happens with so many people, and I realized that making all these arrests was not the only strategy there was to police work,” Levy said. “It also gave me a little empathy and helped me realize that a lot of people we were arresting suffered from mental illness, sickness, poverty and bad fortune.”

And so began Levy’s ascension through the ranks as he was promoted to sergeant, then lieutenant and finally commander in charge of the West Division. As he moved forward, he pushed to address issues of inequity within the force and in the community, and he is credited by many with being a major part of changes in police culture. The program that was developed for the department has been named the “Cadillac” of diversity training for law enforcement by the state Commission on Peace Officers Standards and Training, or POST.

Perhaps more importantly, it was that work, which saw him collaborate with what was then known as the National Conference of Christian and Jews – and is now known as the California Conference for Equality and Justice – that introduced him to Lysa.

Their success with bringing the police department and the community together through diversity training and outreach was evident Thursday night as Westside community group members mingled with representatives from the Simon Wiesenthal Center, Long Beach Parks and Recreation employees, Levy’s family and fellow officers, all of whom came bearing thanks, and a few tears.

Even Deputy Police Chief Robert Luna had to stop at one point when talking to the crowd about their work, and friendship, as he grew emotional.