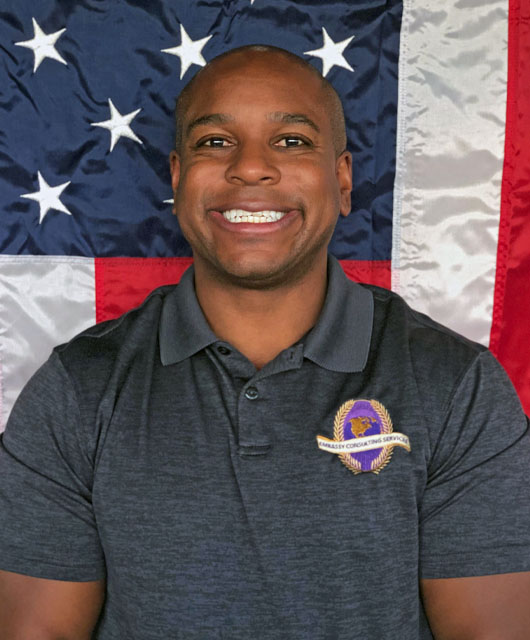 Terrance has been a member of the Orange County Sheriff’s Department for the past 14 years. Starting his career in Corrections, he was an assistant team leader of the Emergency Response Team and part of the Classification Unit. While serving on the Jail Compliance and Training team, he ensured all jail deputies were aware and in compliance with Title 15 standards and procedures. As a Deputy II, he worked patrol for the city of Laguna Hills.

He was later assigned to the Tactical Training Center where he was responsible for the instruction of classes including: Less Lethal Weapons, TASER, Law Enforcement Driving Simulator, and Force Options to all Academy Trainees as well as Advanced Officer Training for departments throughout Southern California. He has worked for the Strategy Accountability Focus Evaluation unit where he was responsible for risk management of Custody, Courts and Patrol. Terrance then promoted to the rank of Investigator assigned to the Custody Intelligence Unit where his primary focus was jail crimes, gangs, and narcotics. He then promoted to his current rank of Sergeant, and is currently assigned to the Custody Division.