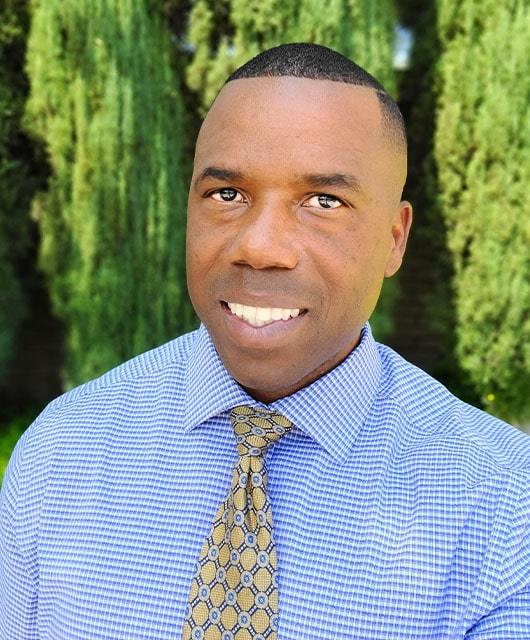 Sgt. Cornelius Ashton has over 20 years of law enforcement experience. He previously worked at the San Diego Community College District Police Department for 15 years and served as a Corporal/Field Training Officer and General Crimes Detective. Sgt. Ashton lateraled to the Laguna Beach Police Department in 2015, where he worked as a Juvenile Crimes Detective and General Detective. He was promoted in 2017 to the rank of Corporal and worked as a Field Training Officer. Sergeant Ashton later transferred to Investigative Services and was tasked with starting the city’s first School Resource Officer program. During his time as an SRO, Sergeant Ashton worked hard at building relationships between the school community and the city and accomplished this through education and mentoring youth. Sgt. Ashton created LBPD’s first Teen Leadership Academy (TLA) where he invited police personnel and community members to teach students life skills and leadership traits. Sergeant Ashton was promoted to Sergeant’s rank during 2020 and has received many commendations and notable awards for his accomplishments during his time with the department.

In his spare time, Sgt. Ashton enjoys spending time with his family and is passionate about mentoring, weight training, running, and traveling. Sgt. Ashton enjoys reading books about leaders who have used their talents to change the world positively. Sergeant Ashton is in the near stages of completing a book titled “Growing Corn,” which shares his own story as a troubled teen who learns leadership traits through moments of adversity and provides life lessons about resilience. Sgt. Ashton possesses a bachelor’s degree in Criminal Justice Administration and is near completing his master’s degree in Organizational Leadership with an emphasis in Emergency Management.